Our new topic this term is Dinosaurs and this week’s story is Dinosaur Roar by Paul and Henrietta Strickland.  It’s great fun.  There are lots of rhymes in the story, listen out for those.  There are also some new words like meek or fierce.  Do you know what they mean?  One means that they are gentle, quiet, shy.  The other means the exact opposite, scary, frightening, dangerous.  Can you figure out which one is which from the story? 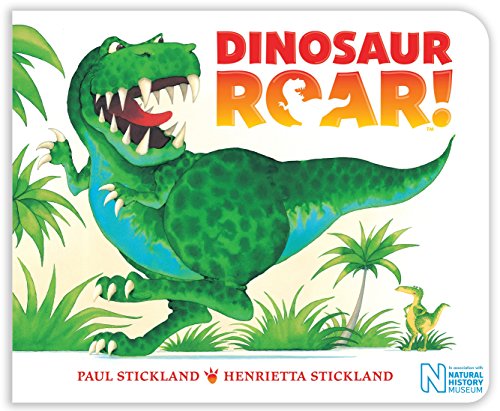 Until next time, do good looking for adventures, clean your ears out for good listening and turn your noggins (brains) on for good learning.