The Great Fire of London

On Monday, Giraffes were baking with excitement when we set off on our first ever trip to the Wenzel’s factory! We have been talking plenty about the bakery from the Great Fire of London, so we could not wait to become a Junior Baker in one of our very own local factories.

We started our journey on a coach, which for a lot of us was the first ever time we had been on one. Some of us sang some songs and others played some journey games like Eye Spy.

When we arrived we were given our own apron, hair net and named Junior Baker badge to wear. With our uniforms on, we entered the world of Wenzel’s and basked in the smell of baking bread that made our tummies rumble.

Deep in the factory, we met a Wenzel’s baker named Colin. He began asking us what we already knew about baking bread and showed us a huge mechanical mixing bowl, which was when we found out we would be making our own bread using it! And so, we began to add the ingredients into the bowl. We found it very funny when Colin told us the yeast smelt beautiful and yet it did not! 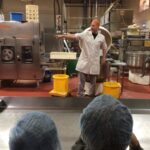 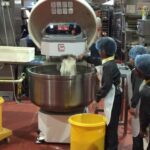 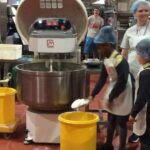 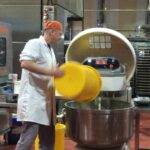 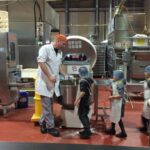 Then we waited and waited, counting down as loud as we could until the timer was finished mixed our tasty treats! Colin pulled the pile of dough from the mixer and we began to knead our baked goods into different shapes and sizes. 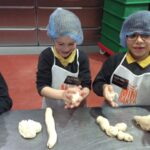 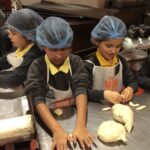 When we thought it was over, Colin delighted us with some delicious-smelling cupcakes that we each twisted into a huge bowl of icing before dunking it into some colourful sprinkles. 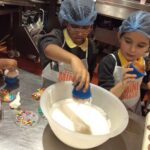 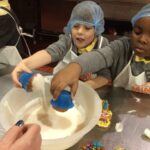 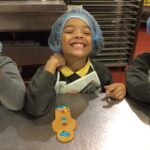 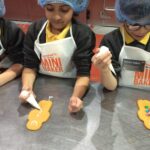 Before leaving, we were given our baked goods in a bag along with a certificate. Overall, we had a fantastic time on our trip to Wenzel’s. As Junior Bakers, we now feel oven-ready to try some more baking in the future! 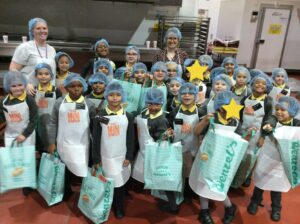