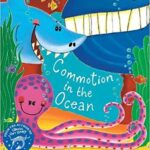 We are learning to, ” Listen carefully to rhymes and songs, paying attention to how they sound,” (Development Matters 2020). We are listening to a new story in Literacy called ‘Commotion in the Ocean’. We started by looking at the front cover of the book; the title and pictures to think what the story might be about. We then thought carefully about the words ‘Commotion’ and ‘Ocean’. The first thing we noticed was that they rhyme. The second thing we did was to talk about what each word meant. Together we decided that a ‘commotion’ was  when something noisy happens, usually in a group. We knew that ‘ocean’ was another word for sea  water so along with the pictures of the sea creatures, we soon got the idea that there was going to be some exciting activity, in the deep!

We then thought about the types of sea creatures that might be in the story and were asked to draw one on  a post-it note and have a go at writing what it was.  We then made a simple chart; in Elephants the most popular underwater animal was an octopus and in Zebras it was a starfish. 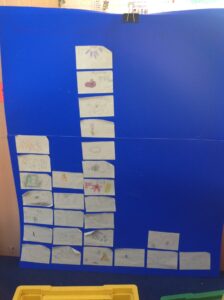 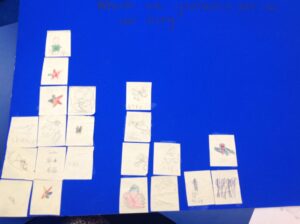 We have followed this underwater theme in our Child-Initiated- Learning:

Outside, we have made wavy patterns in the sand using cutlery forks, plastic gardening forks and rakes and then creating sand-sculpture fish using moulds. We have been practising blending and segmenting phonics to make words with pebbles, created magical potions to make someone fly and pretended we were camping by building a den.

We have further investigated floating and sinking with corks, shells, pebbles (and other objects that we found!) 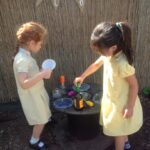 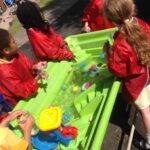 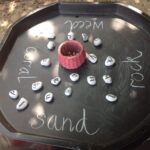 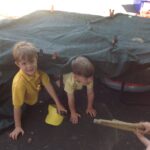 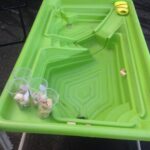 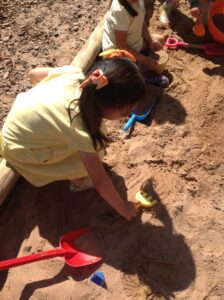 On the stage we have used sea creature masks to act out watery tales.

Inside some children have drawn underwater pictures and have tried out wax resist painting…it is like magic! 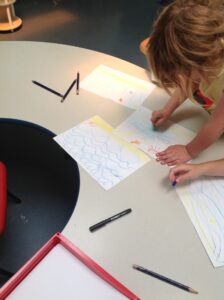 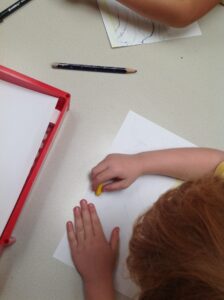 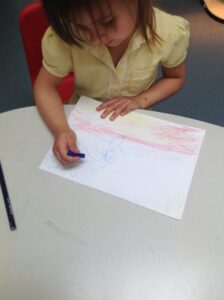 The children have also continued to practise their cutting skills by learning to, “Develop their small motor skills so that they can use a range of tools competently, safely and confidently.” Suggested tools: pencils for drawing and writing, paintbrushes, scissors, knives, forks and spoons, “(Development Matters 2020) and created a super submarine. The fun goes on and on! 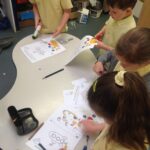 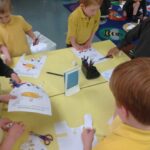 This week we have been learning the Nursery Rhyme, “One Man Went to Mow.” Please have a go at singing this at home.