The children have learned such a lot about The Queen due to this special time. I do hope they have shared with you some of the interesting facts we learned last week.

Before the register was even called the children were asking when they were going “to Ashfields,” (as they called it). We ran through the events of the day and reminded the children that when the Year 5 children arrived the Zebras and Elephants would be the teachers and showing the Ashfield children how to make their own stunning crown.

When Year 5 arrived everyone was amazed at how tall they were but the brave Elephants and Zebras were not at all phased by this and immediately started instructing their Ashfield partner on how to make a crown in order. 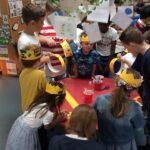 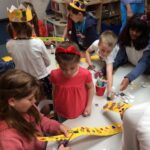 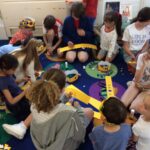 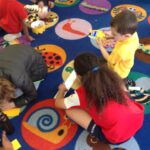 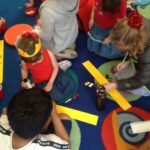 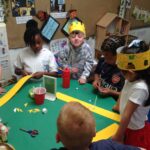 The Year 5s showed great patience and stayed with their partner the whole time they were making their crown. Some pairs had learned each other’s names within minutes.

After making their crowns the Ashfield children were led to the outdoor classroom and much reminiscing took place, ” I remember making pies in the mud kitchen,” “Do you remember the poem we said at the start of forest lessons?” ” Look how small everything is!”

The Year 5s loved playing in the sand pit especially. They stayed with their Reception partner the whole time.

Eventually it was time for Ashfield to leave. There were a few Reception tears shed at this point, but it was OK because we were going to see them later. 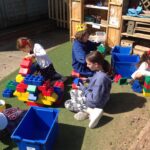 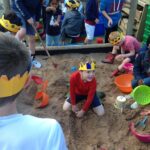 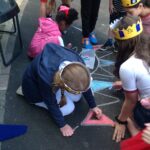 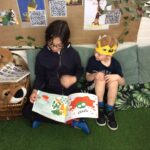 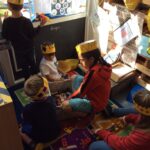 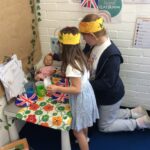 After lunch Elephants and Zebras could not wait to go down the hill to Ashfield. They met their same partner (who was still wearing the crown they had made with Reception) and played a board game about the Queen losing her crown.  The Year 5 children had made the games especially for us. 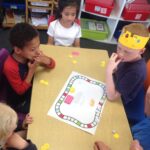 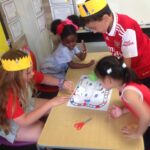 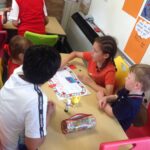 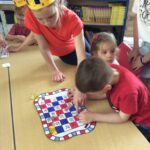 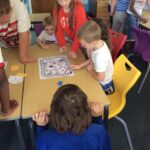 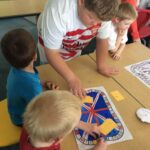 Some of us even won a crown at the end.

Finally we all got together on the playground and played a game of colours. Again the partners stayed together. We had so much fun and made some great new friends.

Thank you Ashfield for a Jubilee to remember.